I was honored to be invited as a guest contributor on Friday's Google User Group Hangout Meeting with Eric Curts to talk about the Google Apps for Education Twitter chat that I recently started (#gafechat). The Google User Group is a monthly Hangout on Air that showcases the latest updates that Google has put out in the past month.

During this meeting I learned about Google's latest update to the Google Translator mobile iOS and Android app. The app can now listen for two languages at a time and translate written text using the camera. Although this is not a new feature, I have to mention that the app does speak the word/phrase as well as show the written text.

I am going to highlight how to use the app in the context of real classroom examples. Before I do let me start by saying, I know that there is no such thing as a perfect translation tool. I am not suggesting that you go out and write a book in another language using this app. I do however think this is a great tool to be used in an informal setting.


Example 1: Parent/Teacher conferences where no common language is spoken
I used to teach in an area where Spanish was the dominant language spoken by parents. Unfortunately, Spanish is not a strong suit for me and so there was a language barrier. I know I was not alone in this struggle. Using the microphone feature of the app can help eliminate that "uncomfortableness" for both the parents and teacher. There are 90 languages available to choose from and the app will listen for both languages selected so no need to switch back and forth. 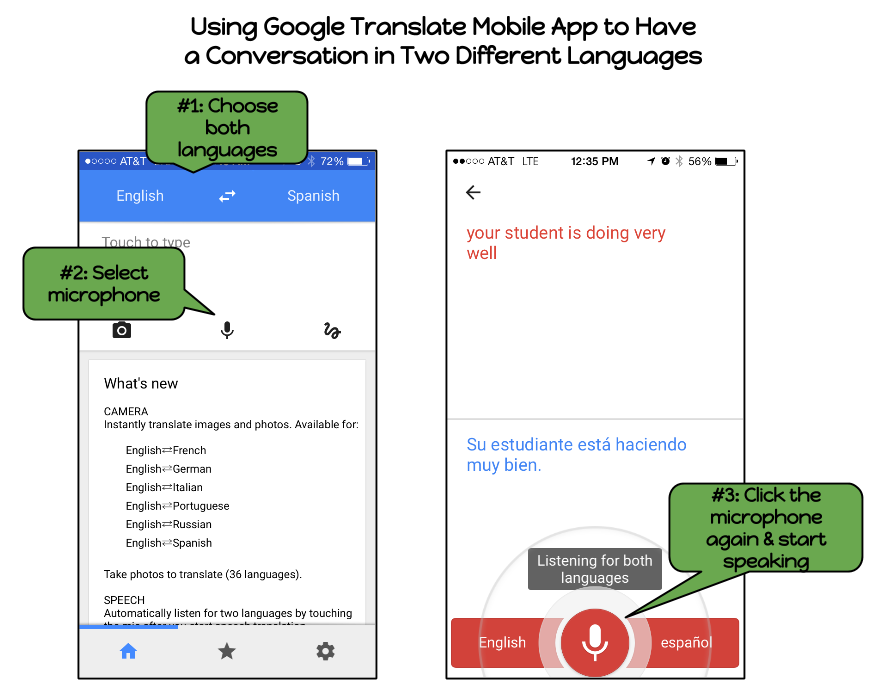 Example 2: A student new to the country can use it to help understand the environment around them.

Speaking a foreign language is one thing, but understanding it in written form is another. A new feature of this app is the ability use the camera to instantly translate signs and text. This is feature is available for English, French, German, Italian, Portuguese, Russian Spanish. 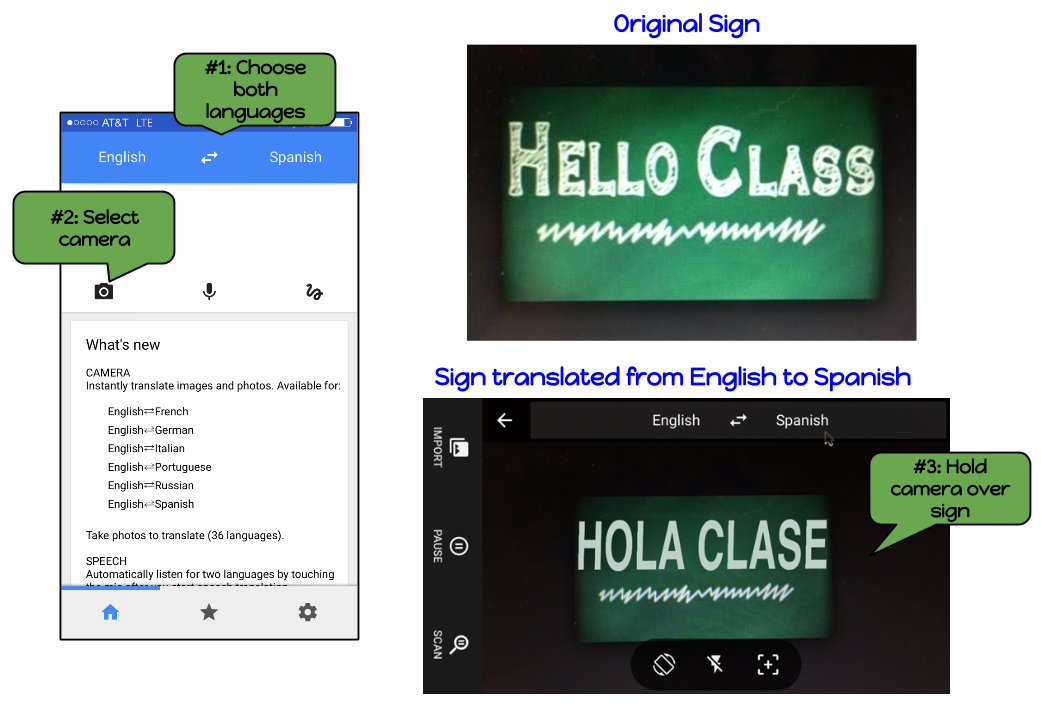 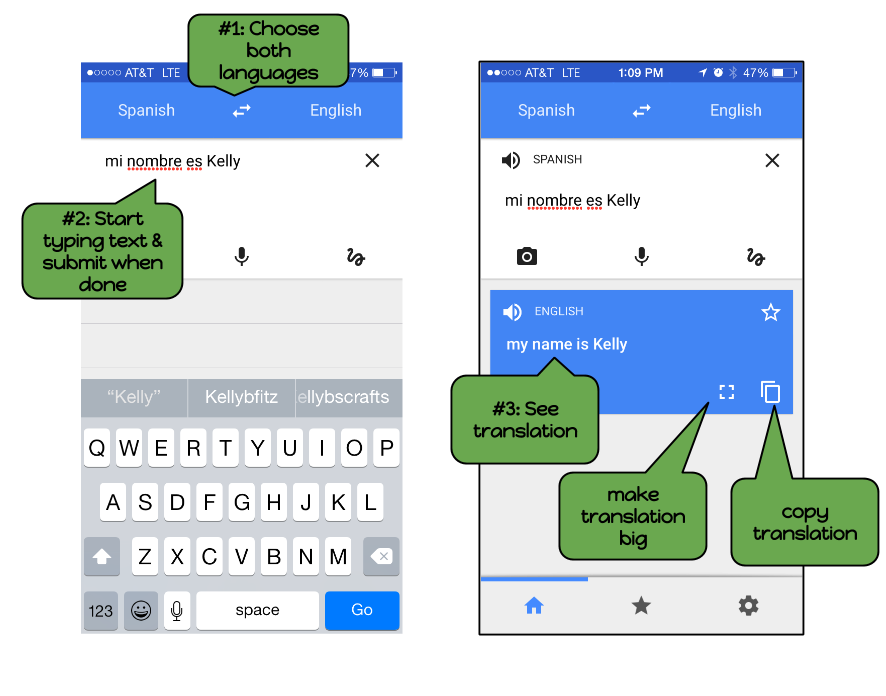 Again, I am not showcasing this app as a perfect translation tool. But when there is a barrier between two people because of language, this tool can help bring that barrier down. Plus I am finding it so much fun to "play" with.

I am the Dean of Instruction at Rouse High School in Leander ISD. Go Raiders! I am passionate about educating students and teachers and all your can do with devices. I certainly don't believe that paper should never be used, but I do believe that a device can open up a world of possibilities.
I am also active on Twitter and my website is filled with resources.